Presentation of the USI 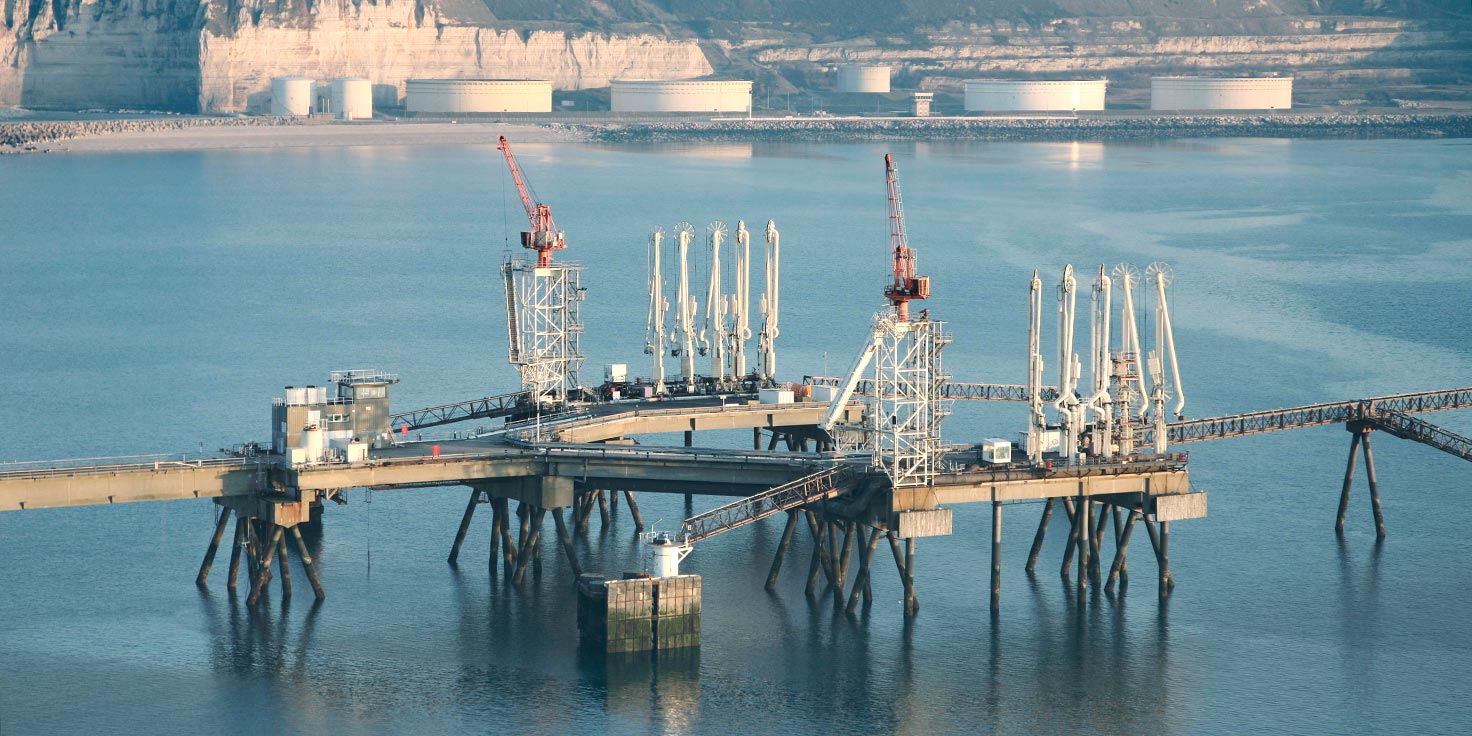 The Union des Stockistes Industriels was founded by seven companies in 1994, in the form of an association governed by the French 1901 Law.

The Union brings together 22 tank storage companies, primarily for fuels but also chemicals, of which the total storage capacity reaches up to 29 million m³.

A significant number of certified warehouse keeper distributors rely on these deposits to construct the logistical network necessary for the distribution of oil products.

The role of the USI is to facilitate the exchange of technical and regulatory information between its members, and to coordinate their actions faced with characteristics and requirements of a profession which is undergoing change, in a continuous manner, to adapt to a constantly evolving scientific, technical and regulatory environment. Sharing experience and good practices is a fundamental aspect of these exchanges.

The USI performs its mission thanks to several commissions whose essential role is to allow for information exchanges surrounding the technical resources adapted to requirements in the sector as well as their application on the one hand to developments of technical and customs regulations on the other.

Publication of documents, letters and emails which form the contribution of the USI to the permanent debate on the major issues of security, taxation and environment, is undertaken within the working groups of the organisation or across profession.

and externally, is sitting permanently on the following (see Network):

Key figures of the USI

Depots and terminals as at 1st November 2020 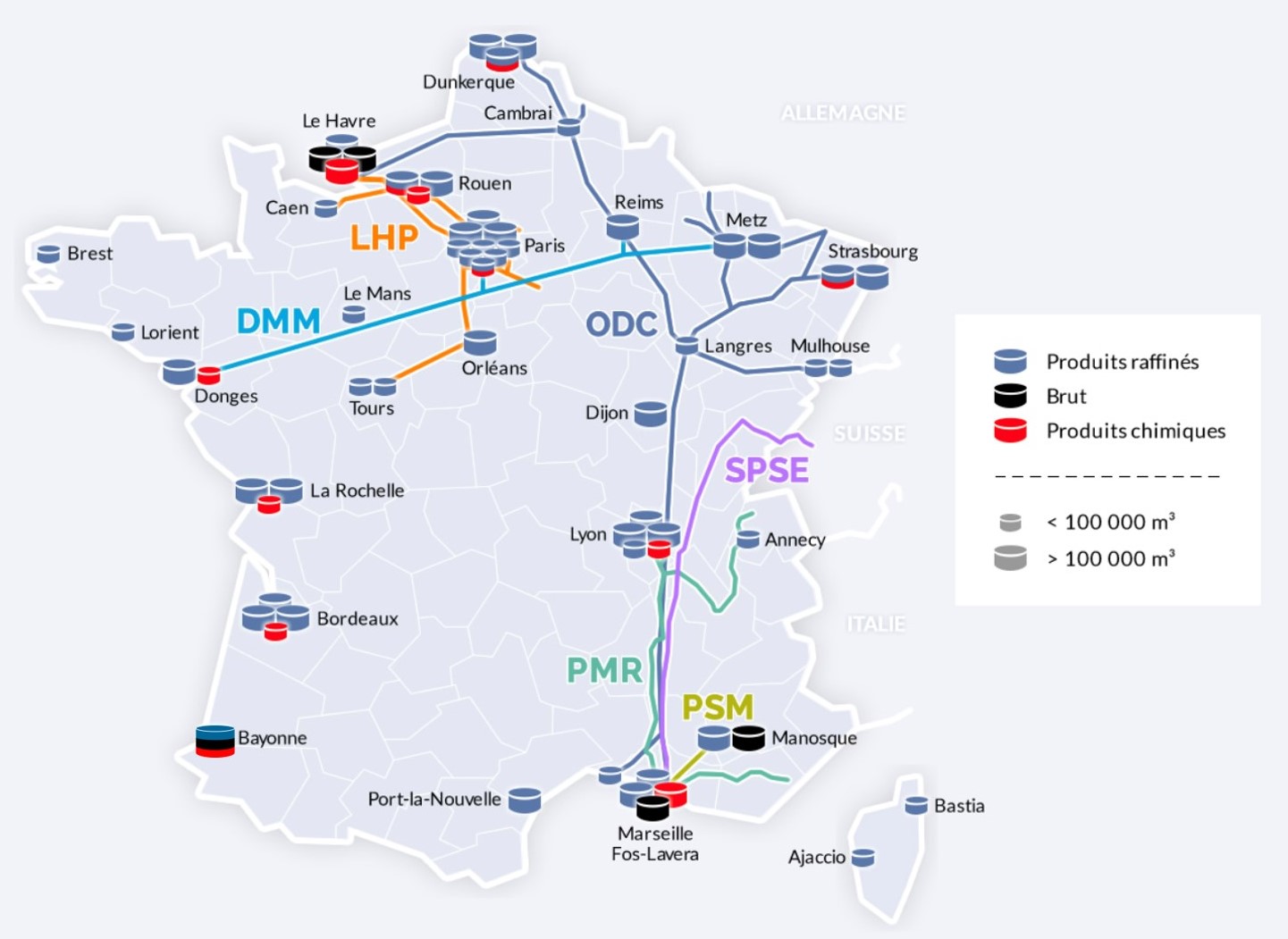 Our articles of Association

The members subscribing to these articles of association form an association governed by the Law of 1st July 1901 and the Decree of 16th August 1901 with the name of Union des Stockistes Industriels to which reference will be made hereunder by the name the Union.

The aim of the USI is to represent the profession of storage stakeholders with national or international administrations at the request of its members. It may undertake all actions or operations, perform all formalities or initiatives which favour its objects in the limit of resources provided by its members and, in particular, exchange experiences, pool interrogations and prepare positions towards current or future regulations.

Members of the USI attach particular importance on respect of legislation and regulations in force including the provisions of competition law, which prohibit any entente which is aimed at quashing competition.

Each member undertakes to comply with this in all circumstances.

Members undertake, more widely, in the framework of their membership to the USI, to respect behaviour which excludes any denigration or disloyal activity.

The registered office is fixed at 3/5 Cours du Triangle-Imm.Palatin2- La Défense- 92800 Puteaux.This may be transferred by way of a simple decision by the Board of Directors; with ratification being required by the General Meeting.

Subject to a decision by the General Meeting, all private companies, who own or operate in France, storage, handling, loading and unloading installations of bulk liquid products can be members of the Union.

One single membership per “integrated group” is accepted.

An “integrated group” is considered as comprising two companies when the following conditions are accumulated:

Companies of which management is conferred by a management mandate to a third party company, who do not hold 50% of their capital, may be represented by the representative company.

Members are divided into three categories (small, medium and large) in line with the size and number of sites, and respectively have one, two or three votes. Similarly, they provide financial contribution to operation of the Union by a simple, double or triple contribution.

Acceptance as member is decided by the General Meeting who rules on a simple majority definitively and without needing to motivate its decision as to know whether the requesting party meets the above conditions.

The acceptance request is made in writing to the Union and expressly indicates that the requesting party adheres to the articles of association of the Union and undertakes to fulfil the financial obligations imposed on members for the entire term of membership, and actively participate in and contribute towards Union activities and works.

Any member may resign before the end of each calendar year by way of a recorded delivery letter sent to the Board of Directors.

The member is questioned in advance and does not participate in the vote. The member who is no longer part of the Union following resignation, exclusion or otherwise, has no rights over company funds and remains liable for the current financial year.

Subject to the powers granted by the articles of association to the Board of Directors, the General Meeting has all powers with a view to completing the objects of the Union and general preparation of activities.

The General Meeting is comprised of delegates selected from member companies.

Each member appoints a representative, and replacement. Each member has a number of votes calculated in line with the category of contribution paid.

The General Meeting is directed by the Chair or, in the event of an impediment, another member of the Board of Directors.

The General Meeting deliberates validly when one half of members are present or represented.

Notwithstanding any recommendation to the contrary, decisions of the General Meeting are taken by a simple majority of votes. In the event of a tie, the vote of the chair prevails.

The Board of Directors convenes a General Meeting in an extraordinary session each time it deems necessary or when at least three members make such a request.

Notices convening General Meetings are sent to members, along with the agenda and working documents 15 days in advance.

Decisions of the General Meeting are notified in minutes signed by the Chair or another member of the Board of Directors and sent to members by post.

Decisions of the General Meeting are binding on members.

The General Meeting fixes contributions to be paid by members upon a proposal by the Board of Directors.

ARTICLE VIII - BOARD OF DIRECTORS

The Board of Directors comprises a representative of each member of the Union. It administers the Union and should apply the decisions of the General Meeting.

The Board of Directors validly deliberates when at least one half of its members are present. Decisions are taken by a simple majority of votes. In the event of a tied vote, that of the Chair prevails.

The Board of Directors appoints a chair, Secretary and Treasurer who collectively constitute the board; this may be dismissed by a decision of the General Meeting.

The Board of Directors decides on the manner in which it meets, and how some of its powers may be delegated. It meets at least four times per year.

Members of the board are elected for a three year period, and incumbent members are re-elected.

The Union is represented in the courts by the chair or another member of the Board of Directors appointed for this purpose by the latter.

ARTICLE IX - MODIFICATION OF THE ARTICLES OF ASSOCIATION

The articles of association may only be amended by way of a decision of the General Meeting with a majority of at least two thirds of members present or represented.

In this instance, the General Meeting may only validly deliberate if two thirds of members are present or represented.

In the event of winding up declared by at least two thirds of the members present in the General Meeting, one or more administrators are appointed by the latter and the assets, where existing, are settled pursuant to article 9 of the law of 01.07.1901 and the decree of 16th August 1901.